The Story of the Tortola Boat 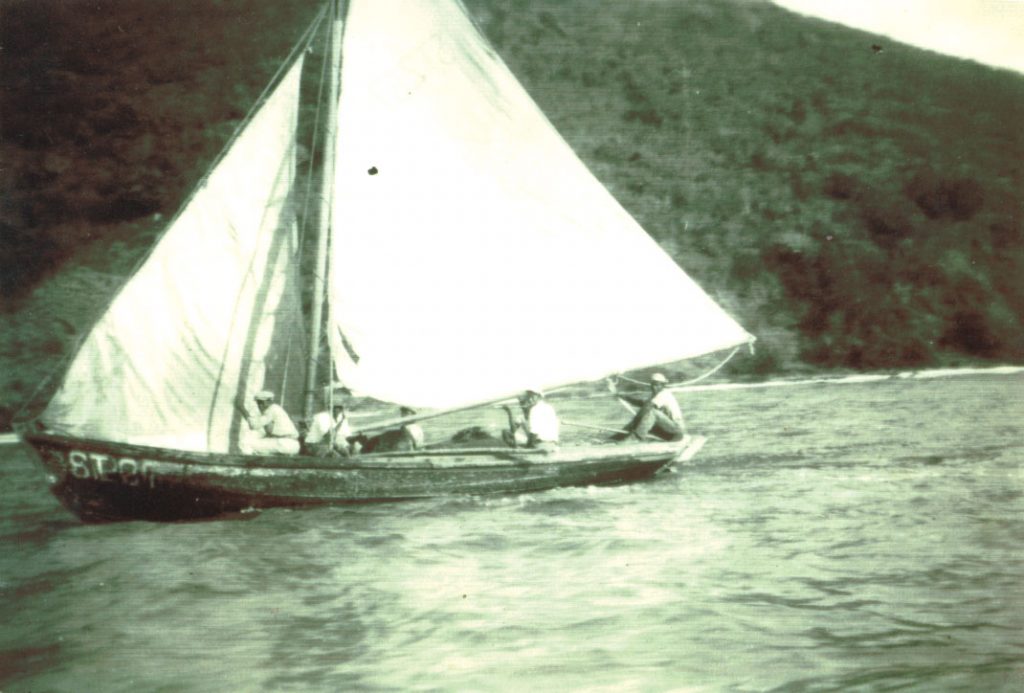 The British Virgin Islands developed as one of the four major boat-building centers in the Lesser Antilles over the course of the last two centuries.

As early as the 18th Century local entrepreneurs using sailing vessels began to trade throughout the Caribbean.

Out of this activity evolved a type of trading sloop known as “The Tortola Boat” which is unique in its design and around which grew the culture and economy of the BVI.

Enslaved and free Africans were building sloops and trading with other islands long before Emancipation.

According to Isaac Dookhan’s “A History of the British Virgin Islands 1672-1970” in the year 1774, there were about 20 vessels manned by 100 seamen, mostly enslaved Africans, involved in trading with neighboring islands.

Several histories of the Long Look Community in East End refer to enslaved and free Africans not only employed as crewmen but as boat captains, owners, and shipwrights.

After emancipation in 1834, most of the Europeans abandoned the British Virgin Islands.  The plantations had become unprofitable.  In 1853 a riot started over an unfair cattle tax and the plantations were burned to the ground, the cane fields destroyed and the remaining whites fled.

The government, except for a doctor and administrator, deserted to Antigua and the freed Africans were left to fend for themselves. Fortunately for them, they were already well suited to develop an independent economy based on raising cattle along with ground provisions and charcoal production.  Indeed it was never an easy road. Survival alone took hard work, an austere lifestyle, and constant adaptation, but out of this came a culture based on entrepreneurship and pride of independence. 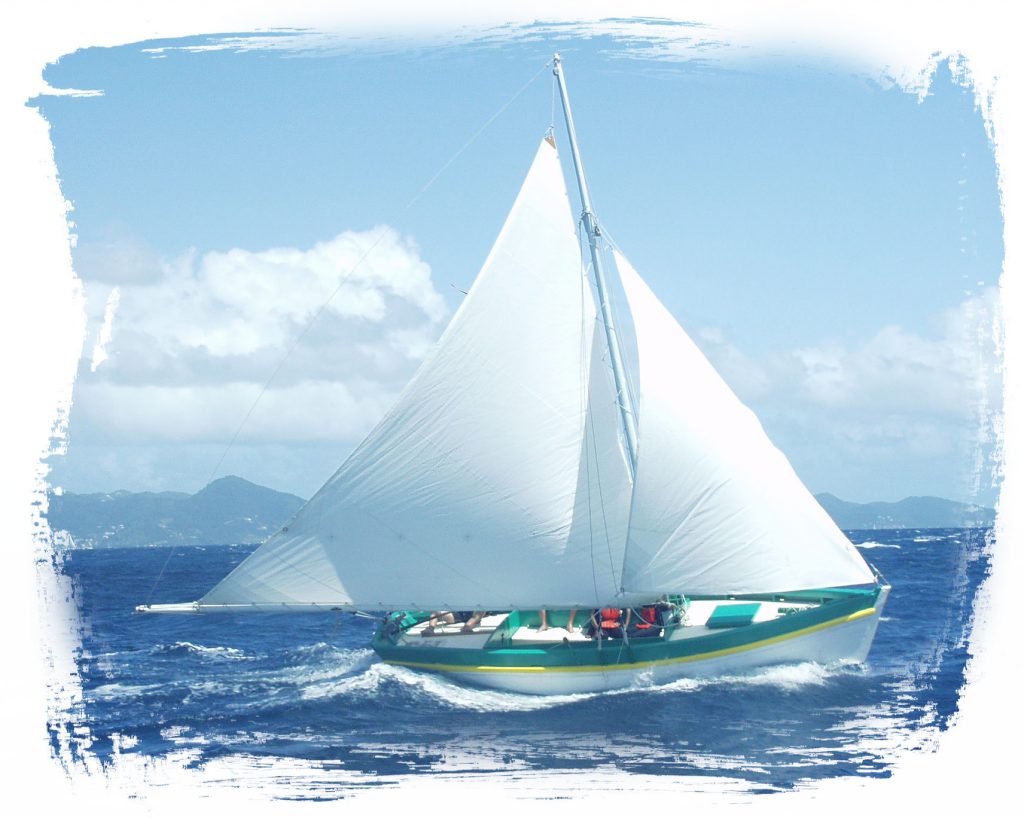 This culture is unique to the BVI and it inspired an original boat design that allowed the people to carry their products to markets throughout the region.  People from the British Virgin Islands came to be known for their solid work ethic and their talents as shipwrights and seamen.

In the hundred years between 1853 and 1953, the BVI became one of four major boat building islands in the Lesser Antilles, along with Anguilla, Carriacou and Bequia.

Shipwrights were active all over the BVI and their product, a sloop known as “The Tortola Boat” was produced for sale locally and to buyers from numerous other islands. Many went to the Dominican Republic.

The story of these boats and the men who built and sailed them provides a key to understanding the cultural identity of these islands.

The exact original type of sloop that “The Tortola Boat” evolved from is believed to have originated in West Africa and was brought here by the enslaved Africans in the 1600s and the design that we know today is unique to our territory.

In his autobiography “Life Notes” Joseph Reynold O’Neal writes: “I should say at this point that the tradition of boat building in the British Virgin Islands was well-known throughout the Caribbean and the Virgin Islands sloop could be recognized from Trinidad to Timbuktu. These sloops were built to a rule of thumb handed down from generation to generation and building to this rule resulted in lines peculiar only to the Virgin Islands.” 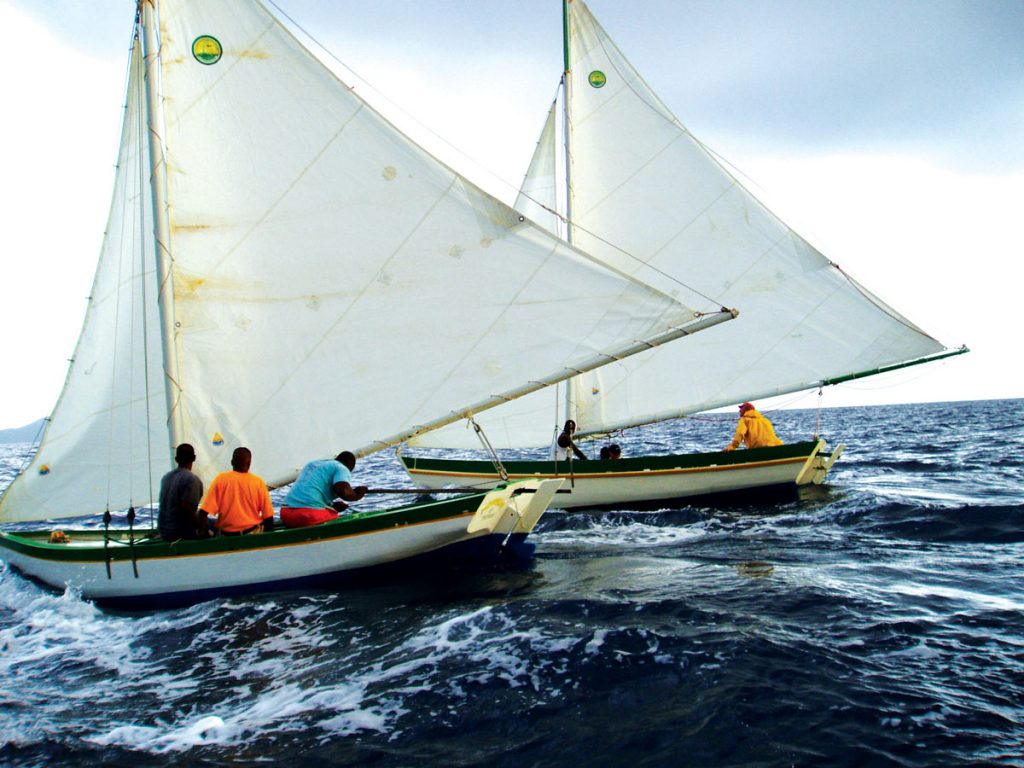 In 1957 Professor Edwin Doran of Texas A&M University began a scientific study of the design and sailing characteristics of the BVI sloops and published his findings first in 1964 and then in 1970 as a supplement to the Mariner’s Mirror entitled “The Tortola Boat, Characteristics, Origin, and Demise”.    In this study

Professor Doran proves the originality of the sloops design, confirms that the type is known throughout the Caribbean as “Tortola Boat” and provides the very first technical drawings of the plans of several boats that were typical of the local design.

What is Different About Our Boats? 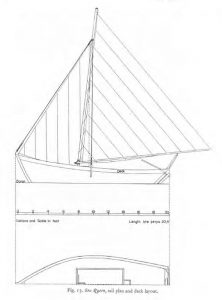 The typical Tortola Boat profile shows a long overhang of the bow and stern.  Therefore the overall length, or length on deck, is considerably greater than the waterline length.

The mast is stepped on the keel one third the distance from bow to stern.  The mast, however, looks as if it is located in the middle of the boat.  This is because of the longbow and stern overhang.

Very distinctive of the boat is the boom extending well beyond the transom and the absence of a bowsprit.  Both mast and boom are approximately equal to the overall length of the boat.