Roadtown Wholesale Trading Limited and Island Shipping and Trading Company are certainly two of the more well established and successful business operations in the Virgin Islands and both have been in existence for decades.

Thousands of residents and visitors alike shop at Riteway, as it is now popularly called and many have used the services of Island Shipping to transport goods via Tropical Shipping. But do you know or have you ever wondered about these companies’ beginnings?

You have at least heard about Peter Haycraft in the context of him being the one who started these companies.

You might be familiar with his wife Penny who had the first private school in the BVI and was very involved with The Brownies, Girl Guides, The Botanic Society and Althea Scatliffe Primary School’s reading programme. Or perhaps you know of one of their children…maybe Chris, an avid sailor who now heads Island Shipping. Well, let’s take you on a journey.

When Peter Haycraft was born in the south of England over 80 years ago, his father worked as a radio operator at sea. At 16 years old, he started his apprenticeship at sea and worked his way up. He met Penny, who later became his wife, after he had been at sea for 10 years.

There came a point when he decided to seek a job ashore and an opportunity was presented for him to captain a ferry owned by Alan Cobham, which ran from somewhere called Tortola in the British Virgin Islands to the US Virgin Islands.

“I had never heard of Tortola before, but I was looking fora job and I met the qualifications as I had a British Masters Ticket, so by December 1959, I arrived here and Penny came a month later,” Haycraft revealed. 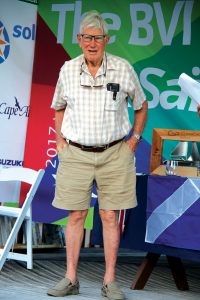 The job required a young Peter to captain The Youth of Tortola ferry running between Road Town, calling in at West End and then on to Charlotte Amalie, St Thomas. It was a 2-year contract, but the couple quickly realized the many opportunities that lay ahead, as the islands developed.

The Haycrafts obviously had great foresight, as they arrived to a place largely undeveloped, with unpaved roads, electricity only in sections of Road Town, they had no money and they didn’t know anyone here. In fact, there were only about 30 ‘white people’ as themselves living here.

“In those days you knew everybody, the local people were very welcoming and it really was a lovely place to start married life and our three children would all be born at Peebles Hospital,” they recalled.

In the first 16 months, the Haycrafts were so in love with Tortola that they were already making plans to start their own business.

By this time, they had seen a real need to get into the importation of food, as there were only a few shops but no one was really going directly to the source to get their products. “So we did that, took names off cans, put a proposal together and wrote to the companies. At the time, the bread and butter was Pet Milk. In those days, there was no fresh milk unless you knew someone with a cow or goat and so mothers fed their babies Pet Milk. And also nobody had fridges.”

With a loan of $500 from a couple of friends, there ‘began the beginnings’ of Roadtown Wholesale, at the back of the building known as Little Denmark. Interestingly enough, that first shipment of Pet Milk did not even reach the building. It was sold straight off the dock, because of the great demand and the better pricing.

As the business expanded, they moved up Main Street to the Malone building. But the first real store was at the corner junction of Main Street and Fleming Street.

We bear in mind that this was very early 1960’s when there was no Port Purcell and therefore no ships coming to Tortola. Imports were landed in St. Thomas and interests on Tortola would have to rely on local sloop captains to bring their cargo to Road Town.

“Well, we quickly realized this wouldn’t work for the long term, as there was no reliability. People here would be expecting milk on a Friday and we didn’t have it because the shipment didn’t arrive and they’d have to wait until Monday.

Obviously, this was not good for our reputation,” Haycraft recounted.

So, what next? How would this new and fledgling business prosper without reliability? Naturally, their own boat of course! Enter The Kilros and the hiring of a crew to go to West Indian Company dock in St. Thomas to pick up goods for Tortola. 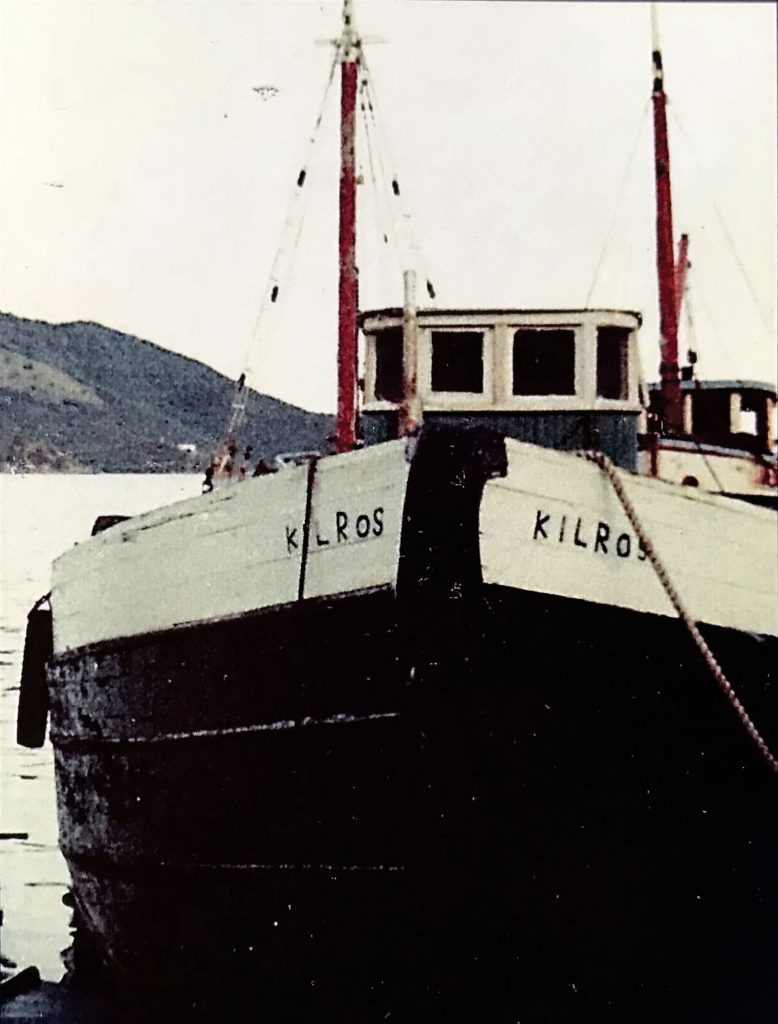 By around April 1968, Haycraft had teamed up with an Antiguan company that did business with British company Booker Line, which ran from England with general cargo for Antigua, St. Kitts, St. Lucia, Trinidad and finally British Guiana, picking up sugar then heading back for the UK.

“This Antiguan company had lighters and barges, but didn’t need them anymore, so we formed a joint venture called Island Shipping and Trading Company. Theirs was to supply two barges and three lighters, which the Kilros towed to Tortola, so we now had means of offloading ships and getting cargo ashore,” Haycraft said.

The Kilros, in the meantime, had been going to Virgin Gorda weekly, becoming a floating store alongside the area of Fischers Cove dock. But its main duty was to go to St. Thomas and fetch cargo from Booker Line and later from the Atlantic Line which came from New York and Miami in the USA.

As the islands developed and with the advent of ships calling here, the government needed a harbour pilot and Peter Haycraft was the only one here with the necessary qualifications. So he carried out those duties for many years, getting up before light, working long hours to meet the ships, supervise the offloading and carrying out warehouse activities.

The Haycrafts pointed out that they had no business experience themselves, but as the business grew, they employed George Douglas who was a policeman, Evelyn Hodge as First Mate for The Youth of Tortola and John Wong from Guyana who looked after the books for Roadtown Wholesale. Haycraft also had the benefit of the friendship of his mentor J. R. O’Neal, whom he always admired for his business savviness.

With the BVI now becoming more a part of the regional and international shipping industry, the Haycrafts, the only ones at the time involved in the business here, would represent the Territory at Caribbean Shipping Conferences held in different islands.

It was a natural progression in the business, they said, from just cargo to cruise shipping as well and Mr. Haycraft remained actively involved up until about five years ago when he handed the reigns over to this son Christopher. He is still a Director of Roadtown Wholesale Trading Ltd., but it is likely that he will retire in early 2019.

Going back to the early 1970’s, a young Peter Haycraft was very involved in sailing, yachting and racing, privately and as commodore and member of the BVI Yacht Club, he has many awards to show for that.

He had his own sail boat and for many years would take part in major regattas in Antigua, St. Thomas, St. Croix and Puerto Rico, proudly flying the BVI flag. In fact, he was one of the key persons with the BVI Chamber of Commerce responsible for the start of the BVI Spring Regatta in 1972.

When the Haycrafts look at how Roadtown Wholesale and Island Shipping and Trading have burgeoned over the years, they simply say: “It’s amazing! We have often blessed the day we decided to come here. It has been a wonderful life. We have met exceedingly interesting people and we wouldn’t have wanted it anything different. Hopefully, we will finish our days here.”

By Angela U Burns